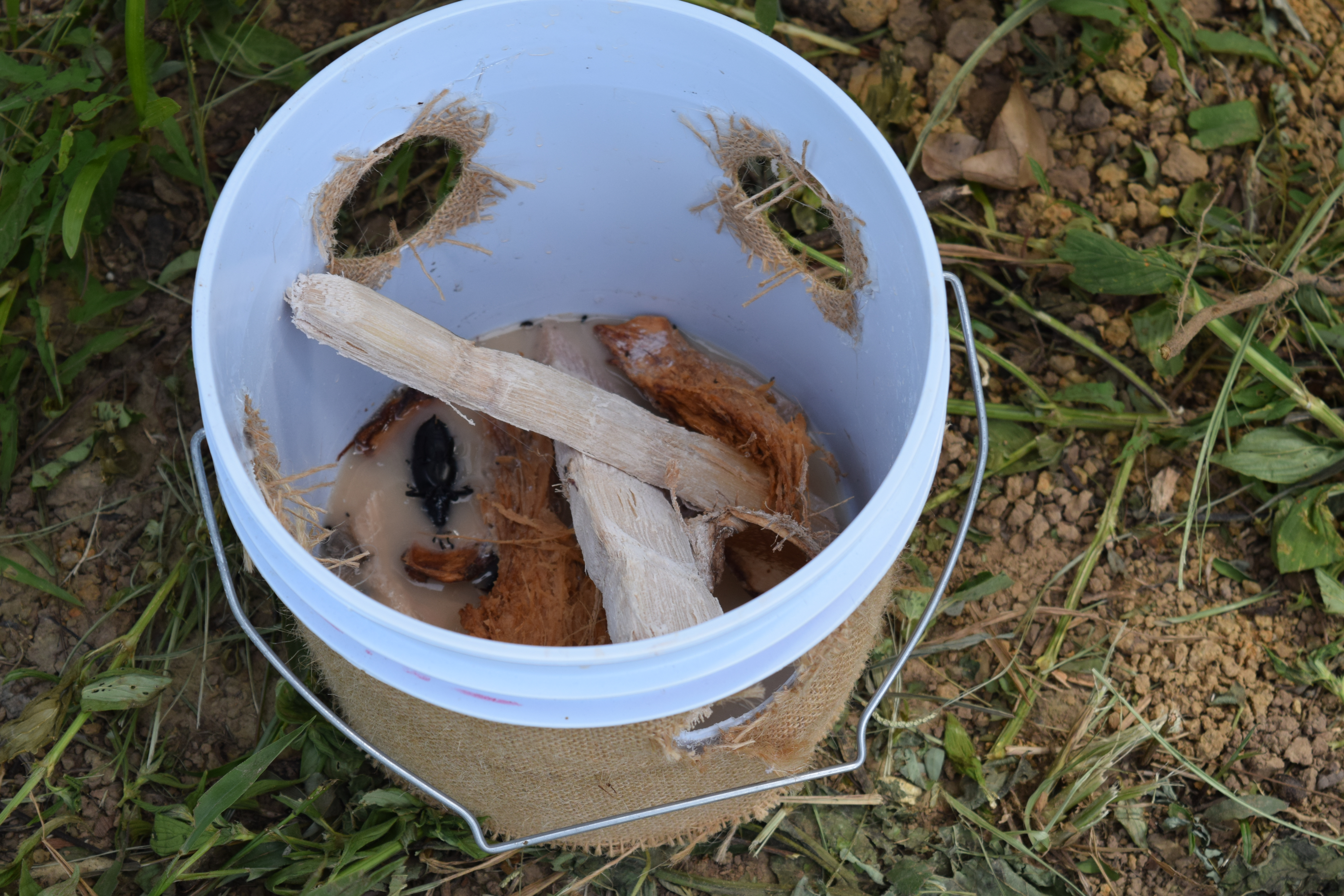 Key pest issues
• The critical importance of Red Palm Mite (RPM), associated with production losses >75% in Trinidad and clearly causing widespread damage elsewhere.
• The continuing threat of LYD, but also possibilities for management, even in Jamaica where “resistant” MD and Maypan varieties have succumbed in large numbers.
• The need to bring red-ring, its palm weevil vector, and other stem- and flower damaging insects under control, especially for replanting programmes
• The importance of bud rot disease in some countries, notably the Dominican Republic
• The comparative obscurity of Hartrot/Cedros wilt (Phytomonas)
• Most other pests have limited or sporadic distribution but can cause serious local losses.

Bud rot
(Phytophthora palmivora, P. katsurae)
• Occurs throughout the region, but usually sporadic and can be difficult to diagnose
• Outbreaks in Dominican Republic thought to be associated with introduction of hybrids from W Africa
• Chemical control available