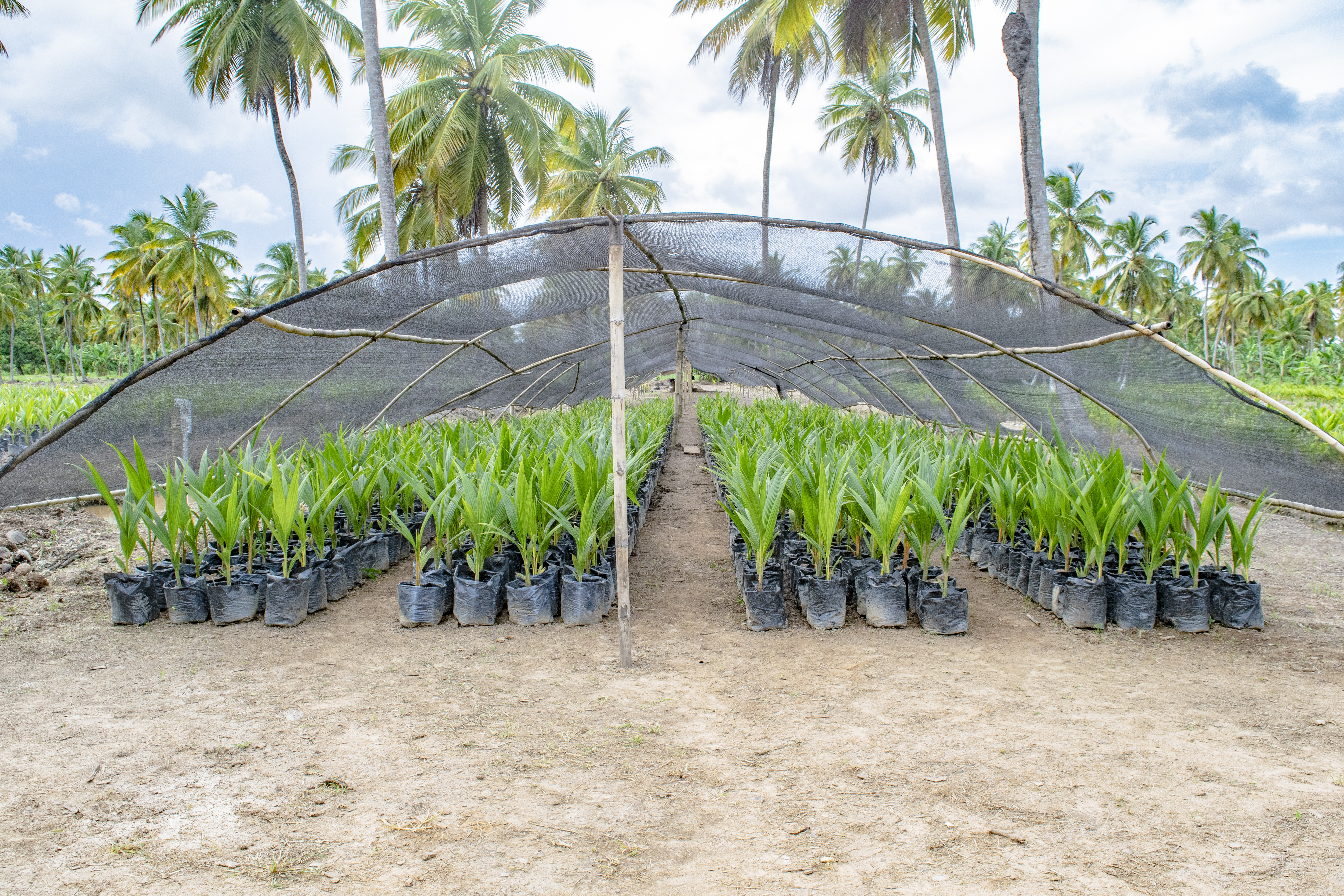 Within the Caribbean, there are a wide number of Tall types, Dwarfs and hybrids including intermediates or “Bastard types”. There is also a wide range of cultivated variants which were selected by farmers from their estates. Many of these indigenous types have not been characterised. Characterisation of genetic resources in coconut is a pre-requisite for crop improvement initiatives. An attempt has been made to conduct an assessment of the current coconut genetic resources in the eight participating countries of the project entitled “Coconut industry development for the Caribbean”. The characterisation was done through conventional agronomic and morphological methods. Nowadays, microsatellite markers are the tools used to study the evolution of the genome, for understanding of genome structure and determinants of genetic diversity. However, in the absence of this technology, morphological characterisation (Harries 1981) can be of great practical importance, such as mother tree selection in quality seedling production.

Variety Typica (tall) is the most abundant variety found in most coconut growing countries. It is tall in stature and naturally outbreeding or cross pollination occurs. Typica forms usually take 5 – 6 years to flower and they produce flowers continually. They are hardy palms that tolerate a wide range of environmental conditions. Examples of the variety Typica within the Caribbean are the Atlantic Tall, Panama Tall and the Pacific Tall.
The variety Nana (dwarf) is short in stature and self-pollination or natural inbreeding occurs. It flowers early, within 3 years after planting. Nana forms suffer adversely from drought, pests and diseases. Dwarfs are currently grown on a plantation scale as well as backyards, for coconut water. They are also extensively used in the production of coconut hybrids because of their short stature, precocity and profuse bearing ability. Within the Nana form are the Red, Green and Yellow Malayan Dwarfs, the Brown or Bronze Dwarf and the Brazilian Green Dwarf.
The variety Aurantiaca is intermediate in stature, predominantly self-pollinating and late flowering (5 years after planting). The low tolerance to drought, pests and diseases restricts the areas in which this variety can thrive. Forms of the variety Aurantiaca include hybrids formed from controlled crosses such as Maypan (Malayan Dwarf x Panama Tall).

The four major morphological characters and their traits that are used for characterising coconut varieties are as follows (Ekanayake et. al., 2010):

Muriel’s Cosmetic Gifts: An entrepreneur on the rise in Suriname

Launch of Phase II of the Coconut Industry Development Project