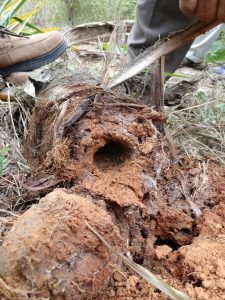 Production of nuts is declining steadily, and if the industry is to survive it will require expert advice on crop rehabilitation and control of diseases affecting the growth of coconut trees.

These were some of the major announcements made by local experts in agriculture as well as farmers who attended last Saturday’s meeting of the Trinidad and Tobago Coconut Development Board in Chase Village, Chaguanas.

“This meeting came about after reviewing the state of the coconut industry and the need for plans to restart the redevelopment process of the industry.”

Farmers in Trinidad who are currently involved in the industry have expressed concern for the steady decline in production of nuts and the destruction of trees by diseases.

To improve the situation and to bring the decline under control, Government is currently partnering with the Coconut Development Board of India (CDB) in seeking ways and means of strengthening the industry.

Dr Remany Gopalakrishnan, an agronomist attached to the CDB (India) is currently in Trinidad assisting farmers in developing technologies to put the industry on its feet.

Gopalakrishnan’s visit is part of an agreement signed last year during the visit of Prime Minister Kamla Persad-Bissessar to India.  Among the selected priority areas of collaboration under the Memorandum of Agreement are the supply of 600,000 seedlings of varieties which are disease-resistant and which will provide high yields per bunch. 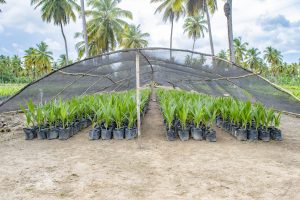 “The CDB will also provide consultancy services as well as agronomic expertise to train workers in the best method of processing coconuts,” said Gopalakrishnan.

“Plans are also on the way to rehabilitate 10,000 acres of coconut plantations along the north-east coast of Trinidad,” said David Moe, co-operative development specialist who represented Labour Minister Errol McLeod at the meeting.

Rupert Smith, 66, a farmer from Cedros who attended the meeting said, “The coconut industry is not dying. It dead and many farmers are moving away from coconuts to other crops.”

He said diseases, stray animals roaming on farms as well as praedial larceny are responsible for the decline in production.

Concerns Voiced Over Future Of Coconut Industry In St. Vincent And The Grenadines