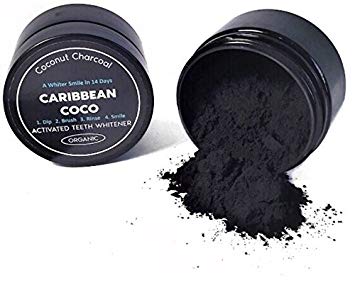 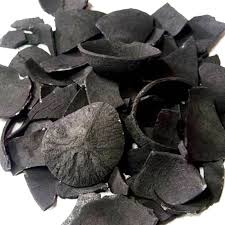 1. Coconut shell charcoal: This is obtained by burning the shell of fully matured nuts with a limited supply of air so that they do not burn away to ash but are only carbonized. it is used extensively for the manufacture of activated carbon. The charcoal has a high absorption capacity for gases and coloring matter and can be used as a refining agent, both as deodorizer and a decoloursier. It is also used in laundries and smitheries. 2. Activated Carbon: Shell charcoal on activation is transformed into activated carbon which is having the ability to observe effectively even trace quantities of either unwanted or valuable liquids and gases. Activated carbon is used in solvent recovery processes, water and effluent treatment and the treatment of flue gas before discharge into the atmosphere. 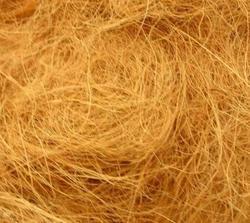 3. By-Products from husk: About 30 percent of the husk is fibre a 70 per cent is coir dust. Coir and coir products form the major output from the coconut husk. Coir pith is used as manure (After composting), mulch material and for making briquettes. The coir pith briquettes can be used as a substitute fuel in the place of fire wood for tile and brick industries. 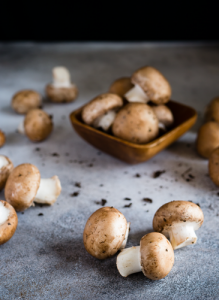 4. Mushroom Cultivation Using Coconut By-Products: Methods to cultivate mushroom using by-products of coconut as substrate have been developed at CPCRI, Kasargod. Among the cultivated mushroom, oyster mushroom belonging to Pleurotus spp. is the ideal one for cultivation on coconut by-products, because of the ability to utilize lignin rich materials and favourable climatic condition in the coconut growing areas.     Coconut bunch waste, leaf stalk, mixtures of leaf stalk + coir pith in 1:1 ratio and bunch waste + coir pith in 1:1 ratio were found to be better substrate for mushroom cultivation. On a average, mushroom yields 590 and 570 g per kg dry weight of leaf stalk and bunch waste in a cropping period of 73 and 60 days respectively. Polybags method of cultivation could be followed using 3% spawn applied by multi layering technique. This can be done in low cost sheds build with coconut materials such as plaited coconut leaves and coconut wood inside an adult coconut garden. Spraying 1% urea and 1% super phosphate helps to reduce the interval between flushes. Pleurotus eous, P. florida and P. sajor caju are the suitable species for cultivation in this method.

• The coconut wood is used for making wall panels, furniture’s

• Coconut leaves are plaited for thatching houses and sheds. It is also used for making baskets, temporary fences. Midribs of the leaves are used to make brooms.

STATUS OF THE REGIONAL COCONUT INDUSTRY AND THE WAY FORWARD TOWARDS ITS DEVELOPMENT, OCT 2016, HOSTED BY CARDI/ITC

Coconut genetic resources within the Caribbean