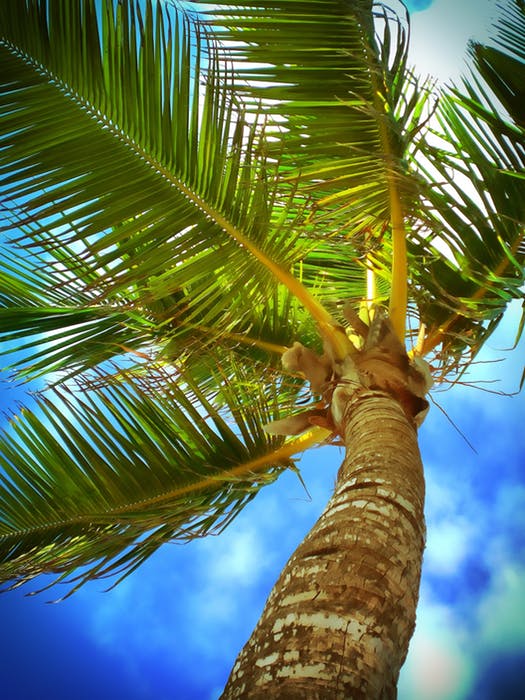 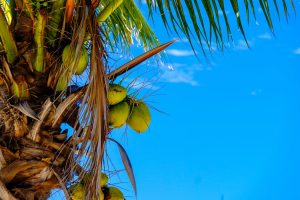 The coconut palm (Cocos nucifera) serves a multifunctional role in the Caribbean region where it is commonly grown. Small-scale production of products from the coconut palm makes an important contribution to food security. At the industrial level, the coconut industry is an important source of employment and income in rural communities. The coconut palm also aids in the prevention of coastal erosion while providing charming landscapes that are attractive to both tourists and locals. Beyond the coastline, the coconut palm is highly demanded for landscaping and home beautification.

The coconut produces a variety of products which are consumed in the region and internationally. These include fresh green and dry nuts, copra, coconut oil and coconut water among others. Coconut oil is consumed as food while a significant amount goes into the oleo-chemical industry. It is also used in food preparation and in the soap making process. Additionally, the shell is used for various fibres, charcoal, and other products not yet fully commercialized.

According to The Coconut Industry Market Intelligence Report, (Singh, R.H., Seepersaud, G and Rankine, L. B. –  December 2007) which was commissioned as part of the CARICOM Regional Transformation Programme for Agriculture, the high price of petroleum-based fuel has brought about a renewed interest in the use of coconut oil for conversion into bio-fuel with the main focus being on the on the commercial products from the regional Industry. Coconut oil prices increased to USD 674 / tonne in 2004 from a low of USD 324 / tonne in 2001. The Caribbean produced an average of 512,000 tonnes of coconuts annually over the period 1990/2002 with CARICOM accounting for 301,000 tonnes or 59%. Jamaica was the major producer with 170,000 tonnes (56%) followed by Guyana with 59,000 tonnes (20.6%) and Trinidad and Tobago with 23,000 tonnes (8%). Despite this, CARICOM remains a net importer of oil for table consumption and industrial use. There is potential for supplies to both the regional and export markets in the USA, Canada, and European Union markets which are major destinations for coconut oil and coconut products. The industry is however faced with some constraints which have resulted in the loss of market share. Principal among these is the suspected adverse health and nutrition effects on humans but studies, such as that conducted by Spade and Dietchy (1988), have shown that coconut oil prevents the formation of hepatic cholesterol esters.

In addition to this, the lauric acid found in coconut oil provides the disease-fighting fatty acid monolaurin which boosts the immune system. Although this controversy was not sustained, supplies of coconut oil in the global market remained at low levels due to the effect of pests and diseases on production. The growing demand for coconut water as a beverage has shown that the coconut production has not kept pace with growth in demand. The bottling and storage of coconut water for extended shelf life and improved marketability is still posing a serious challenge to packers. Further, in some countries, the market is facing supply constraints which may be due to the fact that many coconut groves in the Region are aged with tall trees, which increases the cost of harvesting the nuts. There is also the need to select coconut varieties specifically suited to the water nut market with respect to flavour, yield, and ease of harvesting. Research & Development could also improve the yield and profitability of coconut intended for the bottled water market or coconut intended for other uses such as oils or fibres. Investment in the replanting of coconut trees and research in extending the shelf life of bottled coconut water could go a far way in repositioning the industry for opportunities available for the product.

CARDI and the Teleios Code Jam 2018